Herbachoice is a trusted leader worldwide in fertility and reproductive health, with years of specialized scientific research into fertility health and nutrition with different health professionals with the aim of helping families try to conceive.

Markers of sperm health include:

“HERBAXEED”  is a dietary supplement well designed to optimize sperm quality , quantity and motility and to protect against free radicals.  All  ingredients have been scientifically tested and proven to optimize sperm health.

“HERBAXEED”  proved to have excellent results for men who have low or no sperms due to stress, bad nutrition and unhealthy lifestyle.

We worked hard with different Physicians and Fertility centers around the globe to bring you the best product that really works.

“HERBAXEED” ingredients can increase the chances of conception for men who have no other serious medical problems.

All clinical studies show that men diagnosed with infertility have high levels of oxidative stress that may impair the quality of their sperms.

“HERBAXEED” was formulated to provide a single unique nutritional supplement for use by men when trying to conceive.

Infertility is estimated to affect as many as 186 million people worldwide and the number is increasing. In the second decade of the new millennium, infertility remains a highly prevalent global condition. Infertility is estimated to affect between 8 and 12% of reproductive-aged couples worldwide (Ombelet et al., 2008a, b), with 9% currently cited as the probable global average (Boivin et al., 2007). However, in some regions of the world, the rates of infertility are much higher, reaching ∼30% in some populations (Nachtigall, 2006; Ombelet et al., 2008a, b).  ( OXFORD ACADEMIC – Human Reproduction Update, Volume 21, Issue 4, July/August 2015, Pages 411–426, https://doi.org/10.1093/humupd/dmv016Published: 22 March 2015. https://academic.oup.com/humupd/article/21/4/411/683746

Male infertility is usually caused by problems that affect either sperm production or sperm transport. Our product is focusing on treating both problems. ” HERBAXEED ”  is a male fertility dietary supplement, for men who are planning to have children but their sperms are not healthy or do not have sperms and can not conceive, “HERBAXEED” can help.

Sperm counts in men from America, Europe, Australia and New Zealand have dropped by more than 50 percent in less than 40 years, researchers said on Tuesday, ( Scientific American- on July 26, 2017 ). A study published in the journal Human Reproduction Update, showed a 52.4 percent decline in sperm concentration and a 59.3 percent decline in total sperm count among North American, European, Australian and New Zealand men.

Take 2 capsules twice for the first week, then just 3 capsule daily in divided dose  for 3-6 months.

Formulated especially for men who need to improve their sperm count , quality and motility and for me who have no sperm at all.

Male fertility and reproductive capacity is one of the most common problems that preoccupy many men at the age of reproductive function.

An important factor for Motility and Energy of sperm. An energy promoting agent and antioxidant is concentrated in the mitochondria, so that the energy for movement (motility) in the sperm cell depends on the availability of CoQ10.

An Important amino acid and critical to the formation of healthy sperm, increasing sperm health and motility.

An important amino acid, which can improve sperm count and motility significantly and decrease abnormal morphology and DNA fragmentation.

A mineral and antioxidant,  plays a good role in  total improvement in sperm motility, morphology, or both. Selenium has attracted attention because of its antioxidant properties. Antioxidants protect cells from damage.

Vitamin C (also known as ascorbic acid) is one of the most abundant antioxidants in the semen of fertile men, and it contributes to the maintenance of healthy sperm by protecting the sperm’s DNA from free radical damage and can reduce the numbers of deformed sperm cells, and may help improve fertility in infertile men suffering from oxidative stress.

Vitamin D concentrations may have an important role in sperm survival and the acquisition of fertilizing ability. Offers therapeutic opportunities in the treatment of the male reproduction disorders. Vitamin D also plays role for the sperm to penetrate the egg.

An excellent antioxidant. It is important supplement for sperm motility and protects the cells from damage

Zinc is vital to sperm health, it can’t be stored in the body, and thus regular dietary intake is important. It is anti-inflammatory and antioxidant too, helping sperms survive until they can reach the egg. Researchers found that men with fertility problems who took   folic acid and zinc for 26 weeks had a 74% increase in total normal sperm count.

Taking folic acid or zinc alone will not have any effect. When either zinc or folic acid was taken alone, there was no significant effect on sperm production. 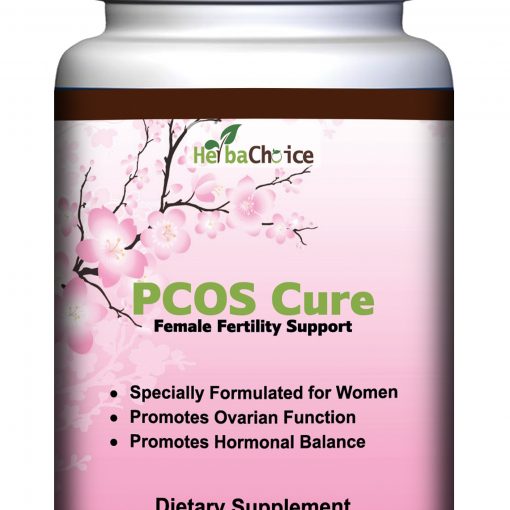 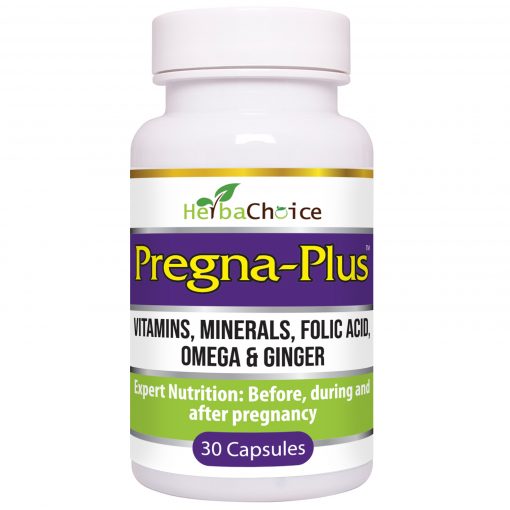 Pregna-Plus is a product for good health and development of brain and eyes. It is designed for women planning to become pregnant, […]